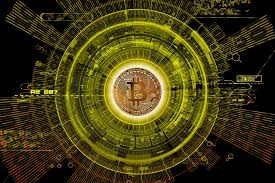 Over the years we’ve become accustomed to dramatic swings in bitcoin’s price. It may even be fair to say that the cryptocurrency’s defining characteristic is volatility, and for this reason a lot of investors have essentially stopped paying attention to it over the course of the last year. Oddly though (and perhaps in part as a result), we’ve suddenly seem bitcoin stabilize – at least relative to what we’d gotten used to.

We should note before we get started that financial quarters don’t necessarily mean as much in bitcoin or other commodities where quarterly earnings and the surrounding narratives aren’t part of the equation. Still, if we do divide the year this way and look at how bitcoin has performed in the first quarter of 2019 (which is just about at an end as of this time), we actually see relatively little fluctuation. The crypto started the year around $3,823 and is currently trading at just a hair over $4,000, never having dipped below $3,350 or risen above $4,015. For bitcoin at least, that’s a remarkably and unusually tight window for a three-month period.

One theory, as hinted at previously, is that as investors have lost some interest in cryptos, there’s simply been less activity. Another way of putting this would be that the crypto market has just become a little bit more reasonable. High-rolling investors are being a little more cautious, amateurs have less reason to buy in recklessly or sell in a panic, and as a result everyone is standing pat. This is undoubtedly an oversimplification, but there may yet be some truth in it, and it is one way to explain the relative holding pattern bitcoin seems to be in so far in 2019.

Another factor might be that some of the possible boosts people have discussed for bitcoin activity remain potential changes, rather than active ones. It has not been more widely adopted in retail, for instance, and thus there isn’t significant new demand. Some expected by now to have seen it among the payment provider options at betting sites. Bitcoin has indeed made slight in-roads in the casino and gambling industries, but here too major movement has held off. And despite fairly persistent rumors that this or that country in economic turmoil may embrace widespread bitcoin adoption, we don’t really see these stories making a dent. All of this means that while people continue to stand by for evidence that bitcoin is really “catching on,” there also isn’t a wave to catch just yet, which means investors are remaining inactive.

We should also note that there have not been sweeping economic stories early in 2019, at least relating to the most influential countries. No one system has crashed, no major economic report has been viewed as disastrous, etc. This means that people have had little incentive to buy up bitcoin in order to test the notion that it could be a safe haven in a market crash. Many have long assumed that bitcoin will settle into something of an inverse relationship to regular stock markets, and while we don’t know that this is the case, this general logic could explain the current lack of volatility to some degree. Everything is just a bit calm.

Lastly, it’s also of some import that the Nasdaq’s rumored bitcoin futures haven’t launched yet. They’re believed to be on the way in the “first half” of 2019, but there’s been little talk of this lately. This means first that there hasn’t been such a major development to disrupt the bitcoin market one way or another, and second, that some investors may specifically be awaiting the futures before making moves.

Any or all of these reasons might explain what we’ve seen these first few months of the year. Whatever the case though, bitcoin seems to have settled down at long last – for the time being, at least.